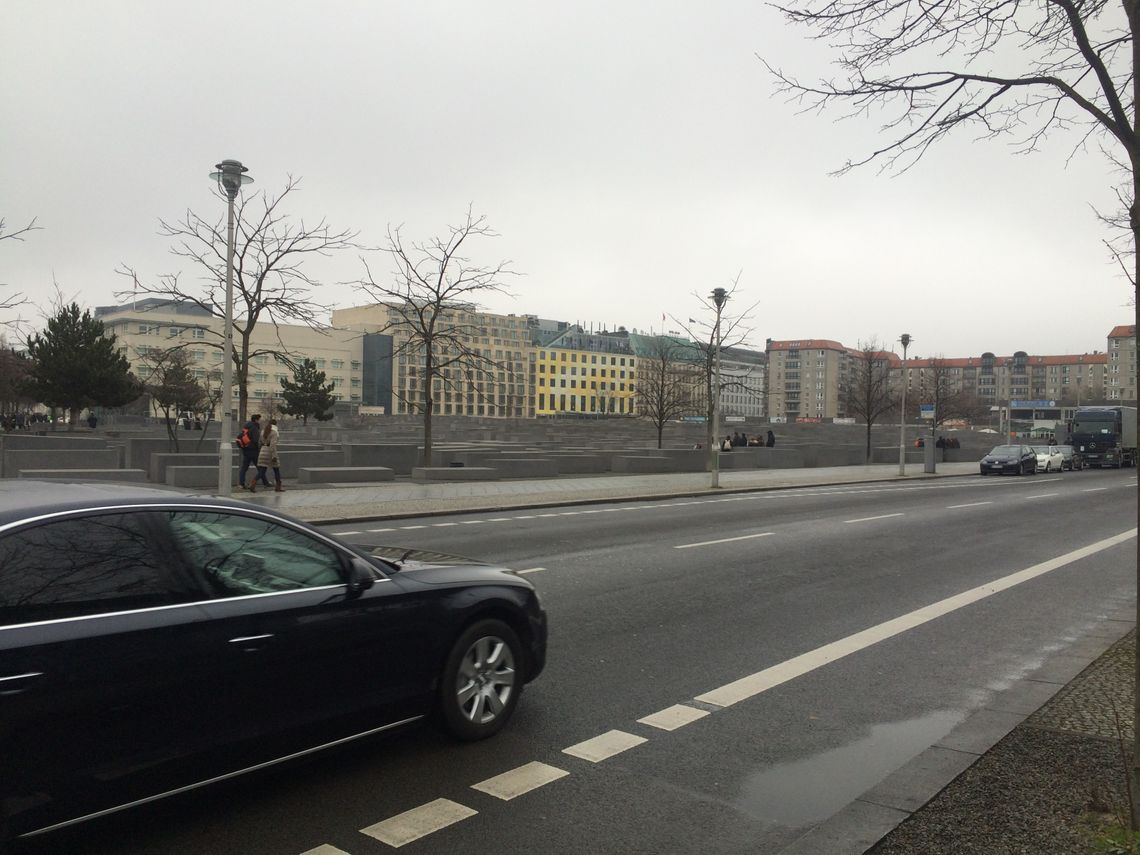 I recently returned from a trip to Berlin, Germany. I picked the destination because my wife was traveling on business and I could mooch off the hotel room and the breakfast she wasn’t eating :). I also wanted to have a look at some of our world’s recent history and a different lifestyle and design world. To be fair, it was the middle of February with clouds most of the week and temperatures around 40 degrees Fahrenheit- so that can create a less blissful mood and also aid in what was a melancholy feeling as I wandered the streets.

Even giving the city the benefit of the doubt on the overcast weather, there was a sense of economy to the architecture that left me wanting, especially on the east side. Post war housing in European cities had to be done with some haste, especially Berlin which was completely leveled. In the photo below, on the right; you’ll see the clay tiled roof of the communist regime housing built circa 1950. These were very common throughout former East Berlin. To the left, a more modern building in yellow is also unadorned and strict in its simplicity. In the foreground, the Memorial to the Murdered Jews of Europe, ironically (and disappointingly) poorly constructed of concrete and already showing signs of decay- as if it needed to be quickly and efficiently built.

Modern is more popular in countries that were affected by WWII, but not all cities share the basic approach as I saw. If you google images of modern architecture and put in Holland, or Boston Massachusetts and then Berlin, you can see a difference in color pallet, shapes and a bigger push on engineering.

I was looking for answers on why, and even had a prejudicial theory that my modern day ancestors were simply just too efficient to care about aesthetic intent. After a half day of surfing and reading, I think I was able to satisfy my curiosity. The history in Berlin has an abundance of golden (and not so golden) moments. There was a drive to build monuments in the late 17th – 18th Centuries and a fair amount of Roman/Greek styled buildings were constructed until the early 19th century. I also found that art rich cultures are also more free societies, and if you look at cities around the world with more freedom of thought, you will see a more creative expression of the way they live.

Post WWI, the Bauhaus Movement thrived in Germany through the end of a dictatorship, and then was suppressed again when Hitler gained power. Post WWII, West Germany found more freedom while East Berlin was stifled by a communist regime more intent on using construction to build inexpensive housing and a very large wall. There is a renaissance of art happening as can be witnessed in the redevelopment of Berlin, but the backdrop is large and it will take some time. For now, I will enjoy the great country I am from and better appreciate my design profession more, and the freedom of expression in my work.